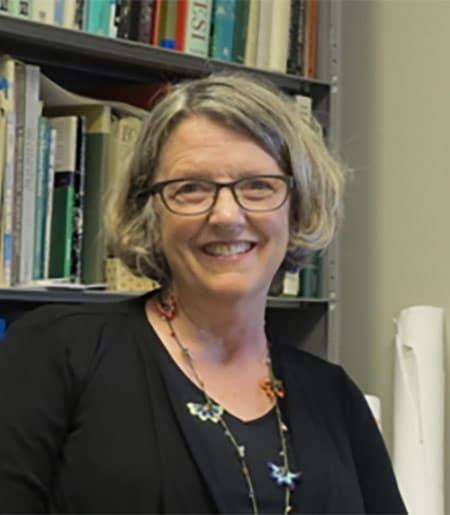 Kathryn Gleason is Professor of Landscape Architecture and a specialist on the archaeology of ancient Roman designed landscapes and landscape architectural history. Her scholarship explores how ancient gardens and parks (virid[i]aria) can be recovered archaeologically.  Her particular focus is on how archaeological remains preserve traces of the work of the original designer, reconstructing not just the garden original appearance, but the practices by which lands were transformed into gardens that choreographed practices of political power, fealty, resistance, and daily life around the Roman Empire.  The Romans had the equivalent of today's landscape architect:  the topiarius, who, like architects and engineers, was typically a slave or freedman in charge of the design and ongoing oversight of large projects. Drawing on early work in Tunisia, Italy, England, and Turkey, Professor Gleason has pioneered excavation methodologies for ancient designed landscapes around the Mediterranean, notably the palaces of Herod the Great of Judea, of Aretas IV at Petra, of the Flavian court at "Horace's Villa" at Licenza, and most recently, in the region of Mt. Vesuvius at the Villa Arianna at ancient Stabiae. She is currently co-directing a new CIAMS project at the Casa della Regina Carolina with colleague Caitlin Barrett and Annalisa Marzano (University of Reading) at the Casa della Regina Carolina at Pompeii.  She has edited The Archaeology of Garden and Field (with Naomi F. Miller, 1994), A Cultural History of Gardens in Antiquity (2013), the Final Report of the 2008-2012 Excavations of the Great Peristyle of the Villa Arianna (with Thomas Howe et al, 2018), and The Gardens of the Roman Empire (2018), which has received the 2020 Elisabeth Blair MacDougall Award for Landscape History from the Society of Architectural Historians. She is a Fulbright Scholar, Fellow of the American Academy in Rome and of the American Society of Landscape Architects, and since 2016 has served as a Senior Fellow at Dumbarton Oaks.