The Marzuolo Archaeological Project (MAP) is an international and interdisciplinary fieldwork project investigating the rural craft site of Podere Marzuolo in southern Tuscany (Italy), which was occupied between the 1st century BC and the 3rd century AD. Preliminary excavations at the site in 2012–13 (under the aegis of the Roman Peasant Project) have yielded exceptionally fine-grained evidence for the production of Roman terra sigillata pottery – the Roman empire’s most emblematic table wares – in a multi-craft context. Through targeted excavation and specialist analyses, MAP will investigate over the next five years (2016­–21) how knowledge was shuffled, how a community of practice was formed around ceramic production, and how innovation happened. MAP seeks to challenge the stereotypical view of a Roman countryside occupied by conservative, isolated, and economically underdeveloped farmers, and instead focuses on the changing practices of a crafting community that is highly diversified, well connected, and actively innovating.

MAP is a collaboration between:

Our online database is accessible at: https://marzuolo.cast.uark.edu/marzuolo/home 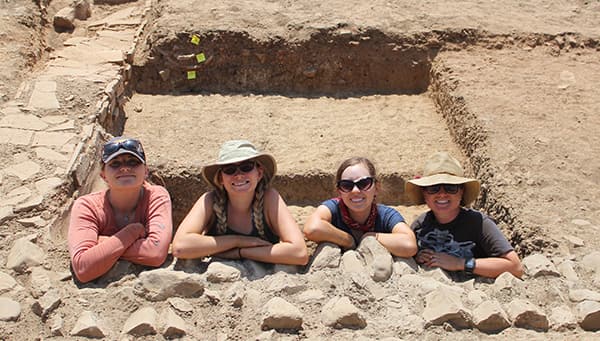