White Springs was a Seneca Haudenosaunee (or Iroquois) town site occupied from approximately 1688 to 1715. The site is located near the present-day city of Geneva in Ontario County, New York. The White Springs Project was initiated by researchers from Cornell University and Ithaca College and Seneca partners in 2007 to use domestic-context archaeology to examine the local consequences of turbulent times. Research particularly focused on the impact of warfare and challenging political-economic conditions on Seneca community structure, house forms, and material practices. The project also has extended the domestic-context archaeological database for the eastern principal Seneca community to three consecutively-occupied sites, bridging the copious (but understudied) data from the preceding Ganondagan site (occupied circa 1670-1687) and information from the subsequent Townley-Read site (circa 1715-1754), as reported in Kurt Jordan’s book The Seneca Restoration,1715-1754: An Iroquois Local Political Economy (University Press of Florida, 2008). Archaeological, textual, and cartographic data from these three sites document thoroughgoing cultural changes in the history of a single community, and in fact markedly different practices by the same Seneca individuals who lived in two or three of these locations over the course of their lives.

Documents and artifactual evidence suggest that White Springs was founded by forced relocation after a French-led invasion in 1687 resulted in the burning of all four of the major Seneca homeland communities. The destroyed sites included Ganondagan, White Springs’ direct predecessor and currently a New York State historic site. Warfare between the Haudenosaunee, European colonists, and other Native groups continued during the first decade at White Springs. Major peace treaties negotiated in 1700-1701 improved the situation, but sporadic violence continued into the eighteenth century. In about 1715, the White Springs Senecas moved to a series of smaller neighborhoods to the southwest, one of which was the Townley-Read site. This relocation was prompted both by improving political conditions in the region and diminishing local resources, particularly firewood.

Cornell-sponsored fieldwork took place at White Springs between 2007 and 2015.  It consisted of shovel-test, test unit, and trench excavations, and surface investigation in plowed portions of the site.  Ithaca College researchers conducted a multi-instrument, high-resolution archaeogeophysical survey of an area of over 12.4 acres (5 hectares) in and around the site. The results of this research suggest that the site was a densely-occupied, nucleated Seneca town of about 8.4 acres (3.4 hectares) in size. A site of this size likely housed 1,700-2,000 people and may have contained approximately 68-100 longhouses. The project recovered a section of what appears to be a fortification wall, composed of the remnant bases of wooden posts (postmolds).  We also recovered sections of what appear to be four separate Seneca houses at the site, one of which was a definite longhouse with a substantial vestibule or entryway. Additionally, we excavated portions of three large outdoor firepits, which have yielded rich assemblages of artifacts, animal bones, and plant remains. Seneca-era artifacts recovered include glass beads, bottle and mirror fragments; brass items (including gun parts, bangles, bells, awls, kettle parts and sheet brass of all sorts, tubular beads, Christian-themed items, and projectile points); smoking pipe fragments (both Native- and European-made); iron items (including tools and gun parts); marine shell adornment items; red stone artifacts and manufacturing debris; and gunflints.

Fieldwork at the site was conducted in collaboration with representatives of the Seneca descendant community.  The project was initiated based on Seneca interest in “life after Ganondagan” since the community did not have much information about everyday conditions following the 1687 French invasion. The Ganondagan site currently houses the Seneca Art and Culture Center and is a prominent venue for events for the Seneca and broader indigenous communities; exhibits there already have incorporated some information generated by the White Springs Project. Senecas also reviewed the Project’s field methods and opted for a minimally invasive approach; the project excavated less than one percent of the domestic area of the site.

Cornell University’s American Indian Program (now the American Indian and Indigenous Studies Program) provided full-tuition scholarships for Native students to attend the White Springs excavations with the goal of building archaeological capacity among Indigenous communities. To date, nine undergraduate and nine post-graduate students have received support. The collaborative nature of the project will extend beyond fieldwork to analysis and writing. Results from the White Springs project will be published as a multi-author, multivocal book that will include the perspectives of Indigenous academics, Seneca community authorities, and archaeological specialists. The artifact assemblages from the Cornell excavations at White Springs will be transferred to the Seneca-Iroquois National Museum in Salamanca, New York, for permanent curation following cataloging and analysis.

Cornell fieldwork at the site concluded in 2015.  The project is currently in the process of cataloging, analyzing, and writing up an account of the artifacts, animal and plant remains, and spatial information recovered from the site. 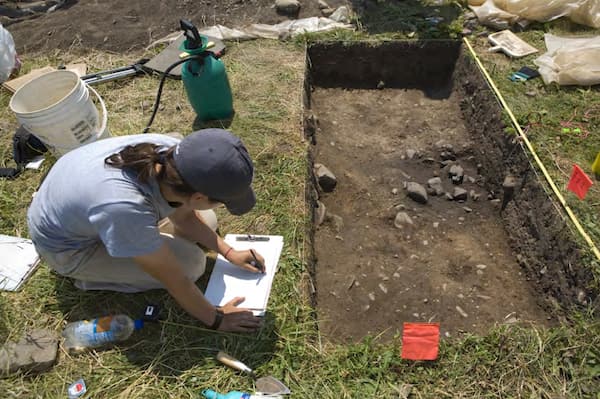 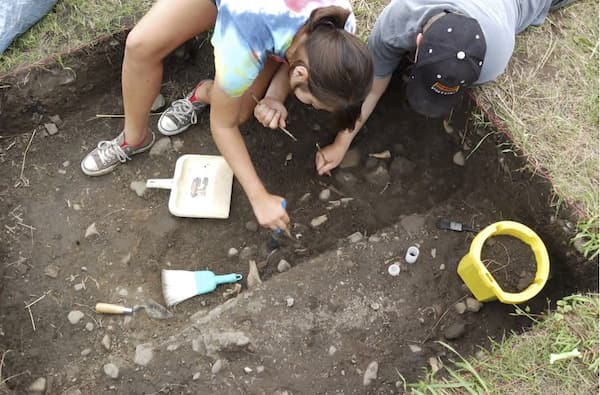 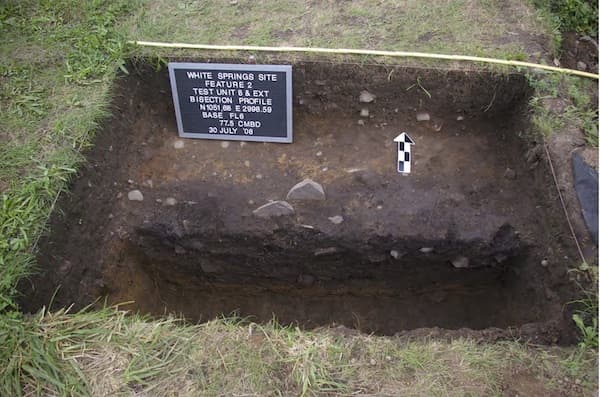 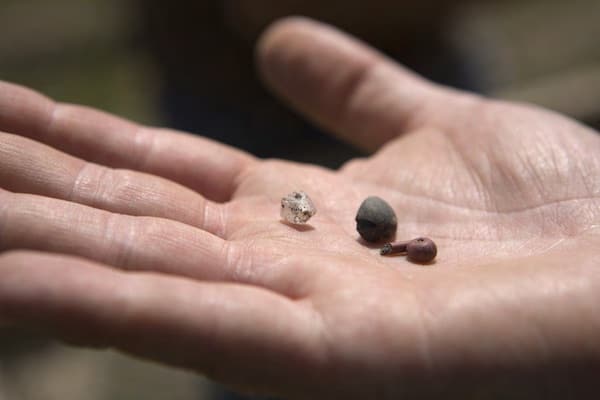 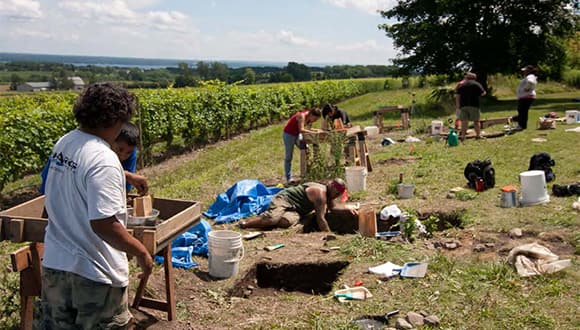